Although most people consume movies as an escape or a respite from the tedium and stress of their daily lives, my own interest in film has been, more often than not, rooted in the technical aspects of production.

As a young man in my 20s, I volunteered at a local community theatre company, working with the carpenters, painters and set designers to build the illusory environments of the stage that contained the performers and their stories.

Later, when I began to go to the cinema, what really grabbed my attention wasn’t the story lines necessarily, but the ways in which whole worlds were created for the screen. Whether period pieces, science fiction or fantasy films, the most interesting part of the productions for me was the way those built environments were created.

Based on my past experience with theatrical set building, I knew that the level of detail I saw in films was a huge challenge for the creators. Classical examples of the transition from live theatre set building to construction for the big screen abound. One of the earliest I recall was the 1927 film Metropolis directed by Fritz Lang. Its German Expressionist visual design (and its extended running time for a film of that era) fascinated me.

Another fascinating collection of cinematic work was produced by Italian director Federico Fellini, whose quasi-surrealist set design and casting decisions fascinated me. The grotesque extras of his production of Satyricon and the strange structures in 8-1/2 were mesmerizing. 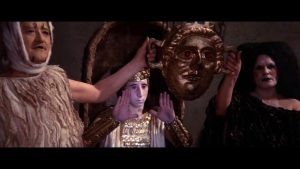 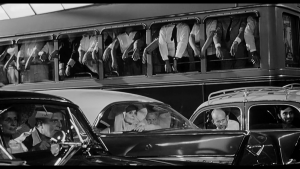 With the advent of high-definition film production, the required attention to detail was amped up ten-fold. The tiniest details were now available for the viewers’ consideration and illusion became reality, as even the most transient details of costume construction and prop building required a dedicated focus. High definition technology demanded that no shortcuts could be taken when detailing cinematic reality.

The world-building detail of Stanley Kubrik’s 2001: A Space Odyssey continues to engage me. What most captivated me was the intense attention to the most mundane details, epitomized by the humorous zero-gravity toilet scene with its ten-step set of instructions for use.

Of course, no discussion of cinematic world building would be complete without considering director Peter Jackson’s treatment of J.R.R. Tolkien’s Lord of the Rings trilogy. Tolkien’s writing was so intensely detailed that bringing his work to the big screen required a major commitment to the cinematic arts. The books’ dedicated readership meant that any failure to adequately present a fully-realized Middle Earth on the screen would be met with the harshest criticism. I believe Jackson fulfils that commitment and successfully delivers a complete rendition of that fantasy world. 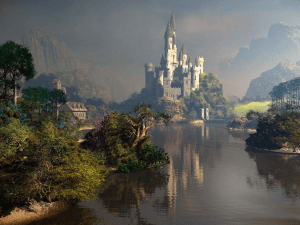 Jackson’s Lord of the Rings

As the technology of film advances, we can expect greater and greater execution of detail rendering. Although virtual reality has not yet fulfilled it’s long-standing promise, I do believe that eventually we will enjoy fully-emersive cinematic experiences that aggressively blur the line between representation and reality. When that day comes, we would be well-advised to regularly check in with ourselves to maintain a healthy grasp of what constitutes objective reality, leat we find ourselves irrevocably lost down the rabbit hole of cinematic illusion.

I think a forest camping excursion may be in the cards this summer to reinforce lived experience before the illusions take me away entirely.