I was an avid science fiction reader at an early age. As a socially awkward 10-year-old, I didn’t hang out with a lot of friends; preferring to spend time alone immersed in alternate universes and sci-fi adventures.

So when Barbarella hit the theatres back in 1968, I absolutely HAD to see it! Based on a comic book from France, it starred a 19-year-old Jane Fonda in the title role. It was a campy romp through a comic book universe, with a million crazy costumes, surreal sets and cheesy special effects. It was also rated PG, which meant I had to convince my mother to escort me! How I convinced her that we had to go see this movie, I have no idea. The opening scene of Ms. Fonda performing a weightless space suit striptease must have totally freaked my mom out.

Spoiler alert: I was fascinated by the weightless special effects and more or less unmoved by the nubile young Ms. Fonda’s presence on the screen.

There appeared on the screen a character named Pygar (played by a young John Phillip Law). He was a blind angel, dressed in a white feather loincloth with enormous white feather wings, a chest to die for and the most mesmerizing eyes. At age ten, I had the sudden realization that I might not be “like the other boys.” Pygar took my breath away and gave me butterflies in my stomach. I could not look away. He was the most breathtakingly beautiful man I’d ever seen.

My visceral reaction to seeing Pygar on the screen awakened something in me that had been lying dormant. All of a sudden I was noticing men everywhere. There was the window cleaner at my elementary school, washing my second-floor classroom windows on a ladder, shirtless under his coveralls open to THERE. My home room teacher, with her beehive hairdo, left me cold, but my gym teacher with his skin tight T-shirts and loose track pants fascinated me. 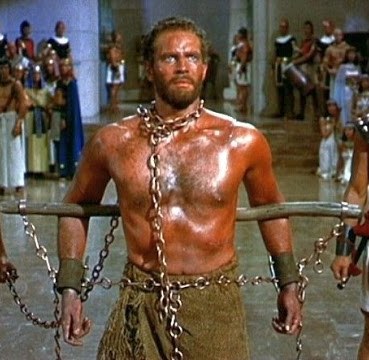 I’d always been a fan of movies set in ancient times. I had an abiding scholastic interest in ancient Egypt, so Ben Hur was a staple every Easter. Only now… Charlton Heston was MUCH more interesting! His scenes as a slave, bound and glistening with sweat, were absolutely hypnotic to this randy kid. 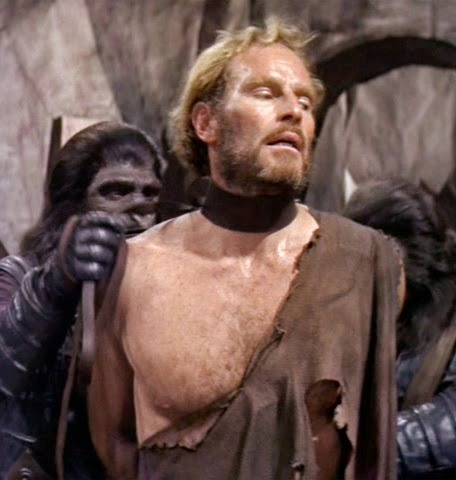 Later, when the original Planet of the Apes was released, Mr. Heston reprised his scanty Ben Hur slave costume as the rebellious human who challenged the apes’ status quo. The casual way he moved from scene to scene while practically naked, his thighs exposed all the way to his buttocks, represented to me at the time some masculine ideal to which I could only hope to aspire. 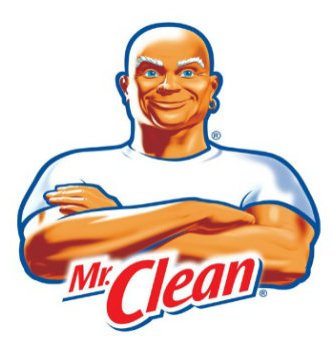 Even the  animated ads of my youth held sway. That impossibly tight white T-shirt was like a flame to the moth. Whenever I heard that TV commercial jingle, I’d come running. Given that my parents were (and are) committed TV addicts, I never missed a chance to catch a glimpse of the Mr. Clean character.\

Five decades later, these iconic images of masculinity still thrill me. While my taste in men is much more diverse now, these manly men still hold a special place in my heart (and loins).

I don’t believe these formative and influential experiences were unique to me. It’s a fact that media shapes our expectations and our perceptions of the world around us. Whether straight, gay or otherwise, the media we’re exposed to in our early years does shape, at least in part, what we think of as “the way things are.” Thank you to Pygar, Charlton Heston and Mr. Clean for showing me to me and unlocking my abiding appreciation for the male form in all its variations.