The Last Decades of the 20th Century 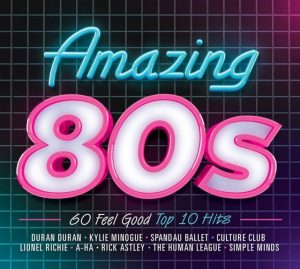 We were dancing queens who would survive after proclaiming “I’m coming out.” We couldn’t take our eyes off you at the YMCA. When it was raining men, you made us feel (mighty real). This is my life and I’m too sexy, although often wondering, “where is my man.” We were slaves to the rhythm as we worked through our tainted love. I am what I am while remaining a small town boy.

The Age of Clubbing, in the 80s and 90s, produced an odd combination of camaraderie and competition, community and conceit. We plucked and primped, striving for some kind of perfect presentation, while simultaneously seeking out our sisters on the dance floor. 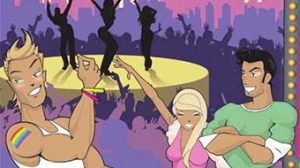 That mania, fuelled by fashion and sustained by cocaine (and other euphoria-inducing substances), may have been one way to shout into the void that was swallowing up some of our best and brightest with a plague that society told us was a hell custom-designed by a vengeful God for “our kind.” We sang along and identified with one of the many anthems of the age, announcing that “I am what I am and what I am needs no excuses.”

Unable or unwilling to walk the talk that ACT UP! and others lived daily in the media and on the street, we took to the glittering dance floors in defiance of the darkness that threatened to swallow entire generations whole.

Instead of shaking our fists, we shook our booty.

Make no mistake. This was also a powerful act of defiance; a political act as much as it was a mating call, whether consciously or instinctively driven.

The 80s retained much of the preceding decades’ engagement with “mass culture.” Everyone knew The Hustle (whether we actually performed it in public or not). The cultural codex was shared by the majority. At that point there could still be approximately universal concepts of style, and lifestyle. 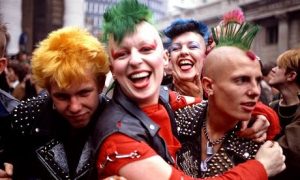 As the 80s boogied into the 90s, the first cracks of cultural fragmentation began to appear. Fabricated in part by the pop culture marketing machines, but fuelled by a growing wave of individualism and simultaneously triggered by a creeping sense of isolation, the attraction of identifying with smaller, more intimate “tribes” saw the birth of a plethora of cultural groupings, from Punks to Preps, Goth to Grunge, Emo kids, the Jocks, the Stoners. Cultural fragmentation and social changes that conspired to separate us from each other created a powerful desire to belong.

This shift was happening everywhere, across mainstream and more alternative social groupings. Although gay culture had always had its differentiating factions (bears, twinks, queens), there had previously been a more communal engagement in the clubs. On any given night, you could see all the flora and fauna imaginable, with a healthy dose of butch and femme lesbians in the mix. As the 90s drew to a close, theme nights became more like “segregation nights.” The silos began to manifest, giving us “bear nights” and “leather nights” and “jock nights.” The lesbians appeared less frequently, perhaps feeling more than a little disenfranchised by spaces that were no longer quite so welcoming in their diversity, and more overtly male dominated.

Perhaps the most unfortunate casualty of these cultural changes is the loss of that feeling that “we’re all in this together,” that blossomed in the earlier days of the Age of Clubbing. Where once it did seem that we were all on the same side, it now sometimes feels like we’re all adrift… seeking connection but feeling powerless to manifest it.

I have no fool-proof prescription to salve this malaise, but I do think that we can address the challenge, at least in part, individually and personally by embracing our own inner life with a little more enthusiasm and less grasping at straws. The greatest world philosophies tell us that when we make peace within ourselves, and embrace our desires with clear-eyed authenticity, our perception of the universe shifts in tandem.

Whether there’s any objective, rule-based reality to that apparent shift, there’s no denying that kindness breeds kindness. Perhaps if we could find a way to be gentler, kinder and more generous with ourselves, we might find that generosity reflected outward into the world we move through.

The Music of the Gays